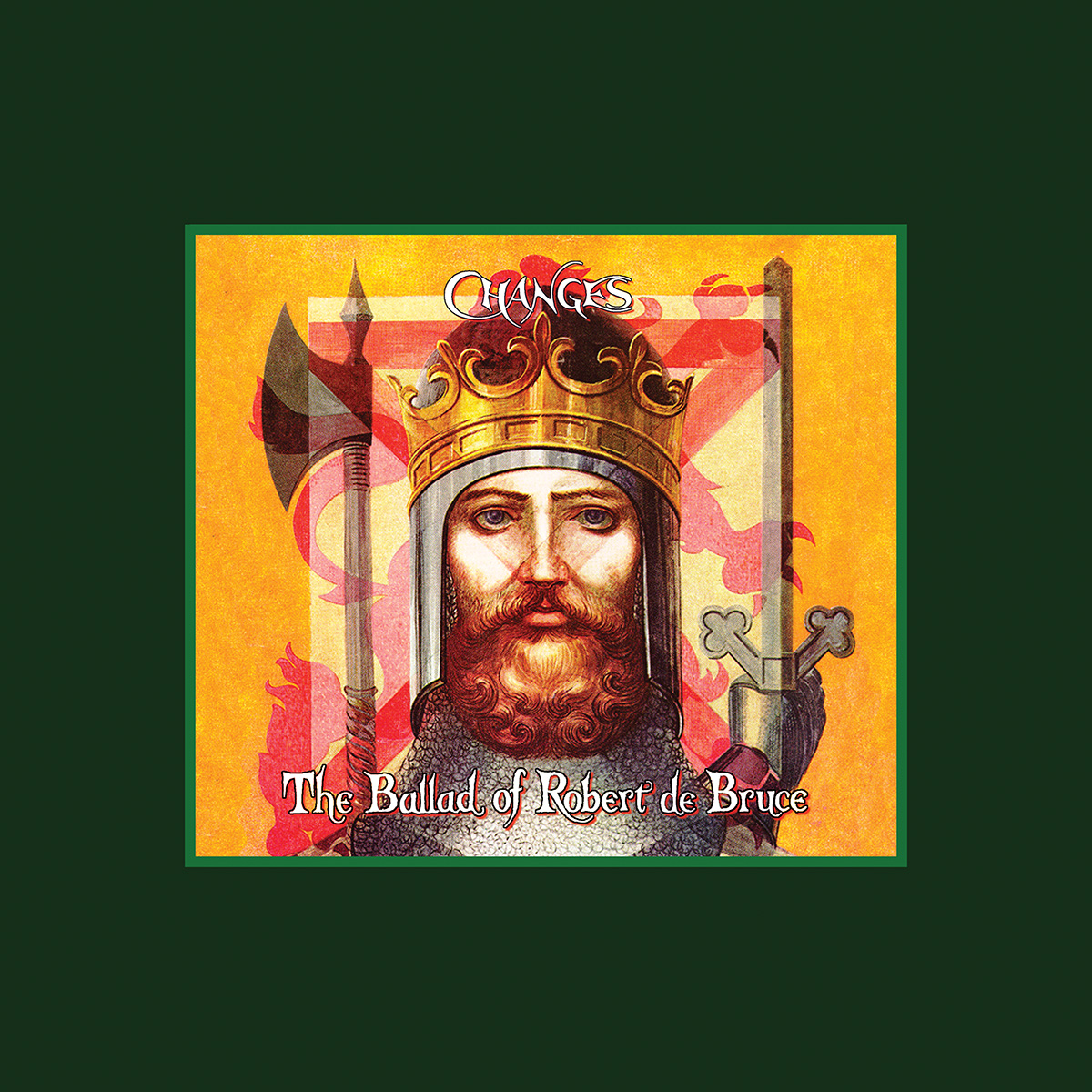 The Ballad of Robert de Bruce,

In the early 1970s, not long after completing work on their song, Legends, in the tradition of their ballads of
heroism, R. N. Taylor wrote this lyric poem about the famous Scottish King. For those who may not remember
hearing of Robert Bruce, you may recall knowing of him from the great Mel Gibson movie, Braveheart. He was the
warrior who at the end of the movie takes up the gauntet after William Wallace's death. There is now an excellent movie,
celebrating this period of Scottish history entitled Outlaw King produced by NETFLIX with Chris Pine in the
role of Robert Bruce. Another movie is scheduled for 2019 entitled Robert the Bruce.

Changes' saga begins following the Battle of Falkirk, when Robert Bruce is made aware that he has been warring
against his own people. The story continues through the famous tale where Bruce is hold up in a cave,
watching a spider spin a web. The outcome of the spider's efforts determine the course that he will follow
in his efforts to become king. It is a grand story of heroism in 14th Century Scotland vividly told by Mr. Taylor.

In 1973, Nicholas Tesluk spent several months composing the music for this saga. Unlike the music composed
for the six parts of their Legends song, where the melody follows similarly, in bardic form, through the parts with minor
changes, Nicholas wanted to emphasize the beauty of the events of The Ballad of Robert de Bruce with melodies befitting the
dramatic action of the song. Thus, the ballad captures the essence of the saga leaving the listener with vivid images
of what the duo of Changes was intending to convey. In addition to Changes' vocals and guitar work, the song is
beautifully enhanced with Annabel Moynihan on violin and Michael Moynihan on bodhrán. Michael also provides
background vocals.

For many years, Nicholas and Robert have been looking forward to recording this ballad, with the participation of their
dear friends, Michael and Annabel and the production genius of Robert Ferbrache. As technology had changed
since they had originally recorded tracks in the late 90s, the four of them went back into the studio
between 2015 - 2018 to record it all anew. At long last, it was released on May 14, 2019 by HauRuck! and TESCO Germany!